Originally from Mexico, vanilla was imported to Europe and the colonies where it turned out to be only a beautiful orchid. Today world’s second most expensive spice (after saffron), its saga expanded globally thanks to a 12-year old slave from Réunion Island in 1848, and the paradisiac island still produces one of the best in the world…

We are walking through a beautiful and rugged forest close to Sainte Rose in the south east of the island of Réunion. Maryse is leading us with pride. When she started about 15 years ago, one could hardly walk through the dense vegetation. Maryse has been cleaning up the 6 hectares of fertile volcanic grounds with a lot of hard work and determination. She even planted a few tropical flowers to dot the greenery with a few patches of red amongst endemic and medicinal plants and trees. More importantly, she planted vanilla lianas. Locals thought she was crazy. Not only did the task appear titanesque but the price of vanilla was dropping to rock bottom because of the cheap one grown in Madagascar – and also often called Bourbon vanilla. It did not make sense to venture in the very labor-intensive vanilla business with the pricey labor cost of the French island and the omnipresence of artificial flavors. And to top it off, she was a woman in a man’s world, and not even a local! Maryse really had everything to fail but hard work, determination, and a passion for vanilla! 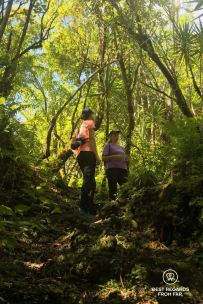 And maybe a little bit of luck… In 2006, a vanilla project was kick started in Réunion Island aligned with a worldwide hype for natural products. This turned out to be Maryse’s luck. Had she known back then! The amount of efforts… hazards of storms and cyclones that can make one loose all of one’s production at once… thefts – maybe the toughest thing to accept when the vanilla beans get stolen as they reach maturity. Had she known, she would probably do it all over again! Her passion is intact, her pride makes her radiate, and it is hard to imagine her away from her forest for too long. 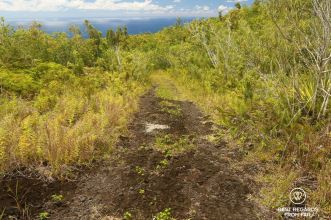 Today, the woman of the forest as locals have nicknamed her (after eventually respecting her persistency and vision) is showing us what it takes to grow and transform vanilla. After clearing the forest and leaving enough tree coverage to shade and support the vanilla plants, it takes about three years before the first orchids bloom. This is when the process found out by the 12-year old slave Edmond Albius is essential. After vanilla was brought to Réunion around 1820 by order of the French king Louis XIV, it remained a rather useless and scentless orchid. To fertilize the hermaphrodite orchid, the melipona bee, endemic to Mexico, was missing. In 1841 this clever young slave found out how to pollinate the flower by hand here in Réunion with a needle and a flip of the thumb. The process is so essential to vanilla plantations that even in Mexico today flowers are also hand pollinated for better yields. The gesture is delicate and the timing critical: “the blooming season lasts for about 3 months, but every flower lasts for only a day” Maryse explains. This means that every day between mid-October and the end of December, Maryse covers her 6 hectares – a rough 10-kilometer hike – walking on the irregular lava that carpeted the land during the 1708 eruption of the Piton de la Fournaise volcano and over slippery roots on a difficult terrain to hand pollinate her 9,000 vanilla plants! 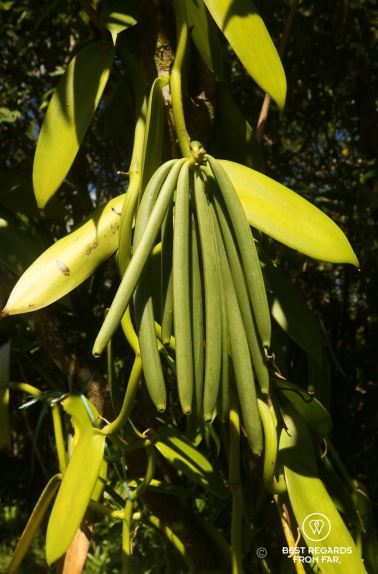 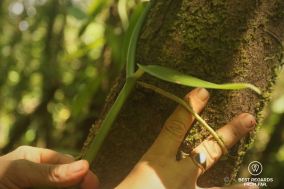 Unstucking the crampon of the vanilla plant to prevent it from growing too high, Réunion 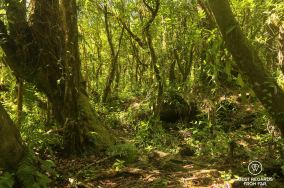 “About two days after, I know if I was successful as a small pod starts forming. Then, if all goes well the harvest can start between 9 to 12 months later and takes place from mid-July until December”. After reaching its full size, the pod turns yellow and despite the risk of theft, Maryse waits as long as possible so that the vanilla is full of flavors before harvesting. Beyond the rate of vanillin that defines the strength of the spice, about 180 aromatic molecules are present in vanilla and the transforming process is key in developing them properly. Maryse passionately describes her secret method: 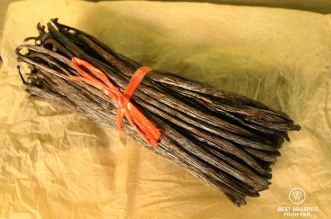 Vanilla in the drying process, Réunion 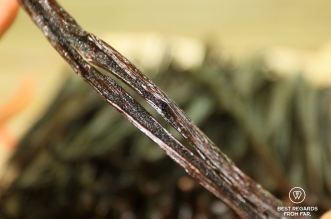 With this process that Maryse perfected by trying different methods in her own garden on a few vanilla plants years before starting her own plantation, she often gets crystallized vanillin around the vanilla beans: this is utmost vanilla quality (vanille givrée). And this is probably why part of her production is reserved even before it is completely cured by star chefs. Luckily, Maryse keeps some aside for her visitors and to sell on her website.

Producing vanilla requires everything Maryse has had: hard work, determination, luck, and a real passion for this fragrant spice. No wonder she defied all odds and turned a crazy project into a success inspiring local growers on the way and initiating the rebirth of vanilla in Réunion.

What esle to do in Reunion Island: just click on the inspiring images: 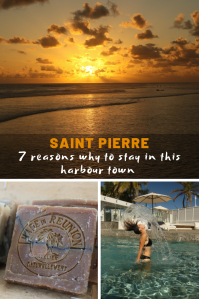 2 thoughts on “Vanilla heaven in the mountains of Réunion”