The 15th of April 2019 was a tragic day. A fire ravaged the cathedral for 15 hours, taking down its spire and its roof. 500 firefighters operating in the dense heart of Paris could save the monument heroically. Millions shared their emotions and many sent financial help from all over the world showing how much of a symbol Notre Dame is for all of us, regardless of religion or nationality. At the moment, the cathedral is closed to the public and undergoing restorations. Securing it and ensuring its structural integrity were the first tasks: the vault and structure are saved. Explore Notre Dame in this article, from its 850-year history to its current status.

Notre Dame rising above the trees 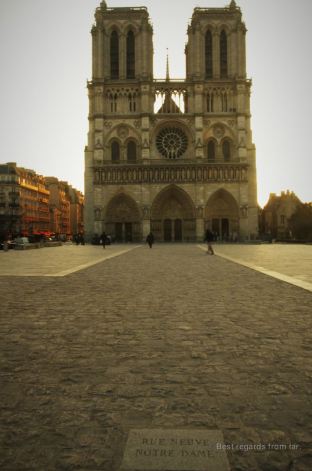 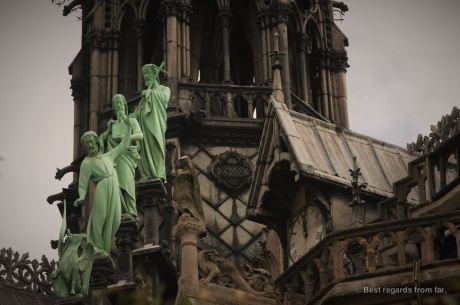 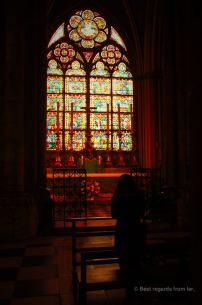 Praying at the Notre Dame de Paris at sunrise

Bishop Maurice de Sully had a vision of a great cathedral and had no less than four former churches and some houses demolished to build this masterpiece dedicated to Virgin Mary in the 12th century. The constructions that started in 1163 lasted for over 180 years to be completed in 1345. The best workers from all over Europe collaborated and competed to construct what has become the most renowned example of French gothic architecture. The pavement in front of the cathedral shows the patterns of the old narrow medieval streets leading to Notre Dame. Back then, for the passers-by, it must have looked like its towers were reaching for the sky amongst these low buildings. It became a centre of Parisian life where religious functions took place, as well as public trials. This is where Jacques de Molay, Grand Master of the Knights Templar was sentenced to be burned alive.

Putting Paris on the map as one of the most powerful capitals of the time, it has seen so many episodes of the French history. One of the darkest ones was the French Revolution when the statues of the 28 kings of Judah (mistakenly thought to be the kings of France) were beheaded. They were restored and stand today on the façade above the main entrance.

All the way up, on the top of the spire that was added in the 19th century by the architect Viollet-le-Duc who was in charge of the restoration, a rooster contained three very important relics: a piece of the crown of thorns of the Christ, one of Saint Denis’, the first bishop of Paris, and one of Sainte Genevieve’s, the patroness of the city. In the night of the 2019 fire, the spire collapsed but the rooster was found in the rubble barely damaged: the relics were saved. Miraculously…

At the base of the spire, 12 copper statues representing the 12 apostles used to stand. These were also added during the 19th century restauration. Actually, Viollet-le-Duc represented himself as Saint Thomas, the only apostle looking at the spire. These statues escaped the 2019 fire as luckily, they were taken down a few days prior to be restored.

I may have passed by Notre Dame thousands of times in Paris, my home town. Still, even today every time I walk by, I have to stop to admire its stunning architecture, detailed sculptures, scary gargoyles, and beautiful glow in the evening sun. I am impatient to see the cathedral forecourt re-open to the public to enjoy a better vantage point (the opening was planned for March 2020, but the construction work has been suspended due to the current coronavirus pandemic). In more than 850 years, it has seen many passers-by like me at its feet… No wonder why Notre Dame de Paris, this masterpiece of gothic architecture used to be the most visited site of Paris, France, and of all of Europe with 14 million annual visitors! 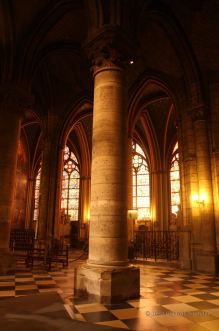 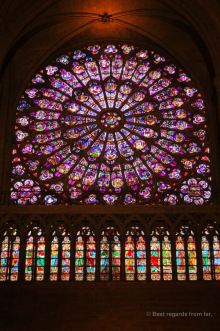 The first sunrays of the day colouring the stained glass windows 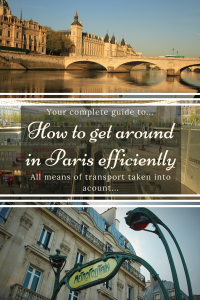 8 thoughts on “Notre Dame de Paris: back then & today”