Understand the Emirati culture while in Dubai, and also learn how to decrypt a mosque, with which hand to eat to not appear dirty and uneducated, what the five pillars of Islam are, the Emirati dress code…

Laying down on Kite Beach, I am admiring the ballet of colourful kites dancing in the sky which is turning orange as the sun sets behind the iconic Burj Al Arab building. The muezzin is calling for the sunset prayer as some women swim in burqas next to others in bikinis among the kite surfers. I am overhearing conversations in many languages: Spanish, Russian, Arabic, Indian, French, Dutch, English… with so many different flavours and accents: Dubai is called home by people from all over the world. When most nations struggle with immigration and a 10 to 15% immigration rate is often synonymous to a peak of far right parties in the election polls, the United Arab Emirates count 90% immigrants! And this percentage has kept increasing. In these conditions, it has become a real challenge for locals to preserve their culture. It is the Sheikh Mohammed Centre for Cultural Understanding’s (SMCCU) mission to preserve the Emirati culture while educating others about it in order to bridge gaps between people. 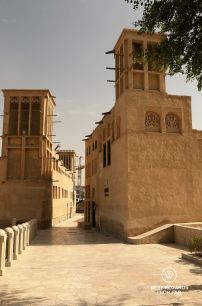 Located in Bur Dubai, the centre is housed in a 200-to-300-year old coral-stone building that has been preserved just like the other buildings of Al Fahidi district. This historical part of Dubai used to be home to merchants who traded wealth from all over the world on their dhows (traditional boats). By the Dubai Creek and close to the sea shore on the Persian Gulf, Bur Dubai has been a link between the east and the west on trade routes. Long before the oil, natural pearls and dates were its only known natural resources. Inhabitants were Bedouins either fishing or travelling through the desert. The Emiratis are proud of that culture of princes of the desert, and their traditional clothes are a daily reminder: the often white dishdash that was used to protect oneself from the sand is topped off by the agal. This black rope was precious as it allowed Bedouins not to lose their camel while they were resting: tying up their front or back legs with it, the camel would not run away in the middle of the desert. Beyond the high value of the camel that provides meat, milk, fur, and status, it was a question of survival as Bedouins depended on these animals that can carry a lot of weight and travel for 40 days across the desert with no water. 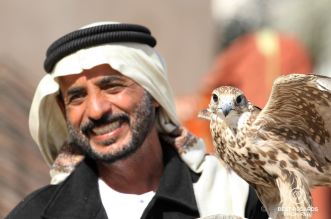 Camels along the road, UAE

While today men wear mostly white dishdash, women wear mostly black abayas with the hijab that covers neck and part of the head. “The dishdasha used to be dyed depending on the sand dune near the tribe. We had many tribal wars, and this was camouflage and recognition” explains Rashid with his calm authority.

Prior to the unification of the 7 emirates, the history of the area was a tribal one. In 1971, Sheikh Zayed bin Sultan Al Nahyan, the leader of the emirate of Abu Dhabi and Sheikh Rashid bin Saeed Al Maktoum, the leader of the emirate of Dubai united with 5 other emirates: Sharjah, Ajman, Umm Al Quwain, Ras Al Khaimah and Fujairah to create the UAE. Their vision was to use the profit from oil to modernize and develop the country. “We are a very young country! And our county is run as a business” says Rashid.

Paramotoring over the Palm, Dubai, UAE

And this country has gone through an incredible evolution during its short history with the discovery of oil about 50 years ago. Where Rashid used to go fox hunting in the desert the Dubai Marina proudly stands. Cranes are everywhere and new projects get off the ground in a record time. Ultra-modern Dubai is world famous for its iconic buildings, the highest skyscraper in the world, unique projects like the residential Palm Jumeirah or the world, a cluster of artificial islands shaped as countries, and its never-ending malls. With so many immigrants helping build the country, for Emiratis, home is where traditions and core values such as family ties and hospitality are passed on by older generations to the youngest. As we are seated enjoying an Arabic coffee with its distinctive cardamom & saffron taste along with local dates, Rashid explains that this a core tradition. When guests are received, they are taken to the living room, the most important area of the house and welcomed with drinks served by the youngest of the family. Beyond the hospitality, this is a precious learning exercise for this silent server. As Rashid just taught us, I shake my coffee cup to ask for some more without interrupting the discussion.

After a walk through the Al Fahidi historical district, we share a delicious lunch together. Many dishes are presented to us. Rashid explains that even though the chicken Biryani is an Indian dish, it was adapted to the Emirati taste with less oil and less spices and is now known as a local traditional favourite. It is the whole complexity of the current situation summed up in a dish: accepting foreign influence and adapting it to one’s own tastes and habits without forgetting about one’s own traditions.

If the role of the centre is to present and explain the challenges faced by Emiratis, it is also a place of discussion. Around gaymat sweets (a fried flour and cardamom ball served with date syrup), guests ask questions to the Emirati men and women who are happy to answer with no taboo. “Open doors, open minds” is the philosophy of the SMCCU, and don’t hesitate to walk through that door. 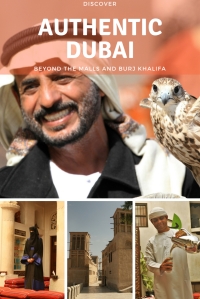 What not to miss in the United Arab Emirates: 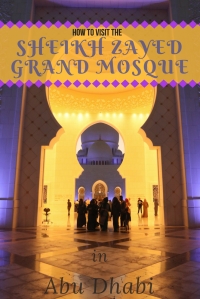 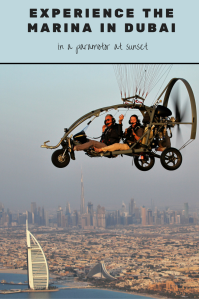 9 thoughts on “Experiencing the Emirati culture in Dubai”

A view on the crystal clear waters of the fjords, some swans floating by, endless forests and mountains! Spending some time in this cute sauna with this surreal view is just a great way to complement a day in the Norwegian outdoors! The Soria Moria Sauna in Dalen is such a wonderful gem and it felt great to be able to just book it for your own party and not need to worry about the virus. Swipe left for a view of this jewel in the morning mist!
From tracking zebras and other wildlife to enjoying Cape Town’s super trendy foodscene! Several restaurants have seriously put Cape Town on the map as a must-go-to destination for its exquisite gastronomy. The chefs of the Chefs Warehouse keep surprising us with their innovative mix of flavours while using locally sourced and seasonal ingredients. The plating is insanely beautiful and we love the sharing concept. Swipe through these photos for some inspiration and hit the link in bio to learn more and to save know where to enjoy this during your trip to Cape Town!
So excited to share our latest article about our absolute favourite restaurants in Cape Town and surroundings with you all here! In this rare photo of us together (usually we are the ones pushing the button!) we are enjoying a delicious lunch in the garden of the @chefswarehousemaison in Franschhoek where chef @dave_schneider_chef once more blew our minds with his incredible food! Photo credits to @clairegunnphoto 🤗 Please hit the link in our bio to read the full article so that you can pin these location on the map for your trip to Cape Town! Ps. All these locations are vegan and vegetarian friendly 🤗
Thali. Technically the word refers to a complete meal that consists of more than 10 Indian dishes. For us the word “Thali” makes our hearts beat faster as it makes us think of the contemporary Indian restaurant in Cape Town!
Anyone one up for a pistachio, semolina and orange blossom cake? 🍰 This is definitely one of our favourite desserts at the Chefs Warehouse Mazza, located at the Heritage Square in Cape Town. This trendy restaurant offers some really mouthwatering food with a Middle Eastern hint in a cosy setting. Stay tuned for some more mouthwatering photos in our article about the Chefs Warehouse! We will help you decide which locations to try out based on your taste when you visit Cape Town!
Today is #internationalleopardday 🐆 We love leopards so much that we dedicated an article to them on our website under our new safari section for you to celebrate and learn more about them!