He is insisting, really insisting on me wearing my life jacket. It is just a short crossing, and with a lake filled with aggressive bull sharks, I think it doesn’t matter whether you drown or float. But I gently put the bright red jacket around my neck while one of the crew members of this packed ferry is watching me closely.

The choppy waves hit the boat and some water comes in. It doesn’t disturb us as we are seated on the upper deck watching the boat approaching the photogenic Ometepe island, dominated by two majestic volcanos, in lake Nicaragua. Once part of the ocean, a massive eruption closed off the body of water, eventually turning it into a fresh water lake. Fish species were trapped, and they evolved to adapt to their new environment, hence the presence of bull sharks in Lake Nicaragua.

Once in Moyogalpa, we jump in a seriously packed bus to head to the less developed part of the island to the Finca Magdalena, at the foot of the Maderas volcano. Getting off the bus on Balgüe, we walk up a dirt road for what seems like a very long kilometer to eventually arrive at the finca (farm), where we are warmly welcomed by Señor Santos. 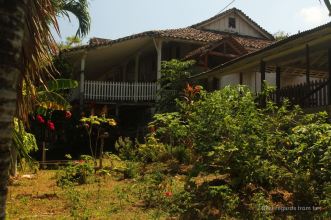 Hacienda belonging to a rich Nicaraguan family who fled to Miami during the revolution of the 1970’s, it was taken over by a cooperative put in place by the Sandinista administration in the 1980’s. The island was more or less sheltered from the contra war, but still affected by Nicaraguan politics: in the early 1990’s, with an ever growing debt at the bank, the end of the Finca Magdalena cooperative was fast approaching.

One day, two North Americans working on a drinking water project arrived in this peaceful farm. Their project completed, they left with 40 kilograms of the coffee, grown and processed at the finca, to look for a potential market. A few months later, not only was all the coffee of the season sold, but it was sold for 30% more! Thanks to an organic certification that allowed the coffee to be sold at a higher price, the finca was back in business!

Today, this cooperative generates labour for 26 families. The objective is simple: producing the best organic coffee manually in order to provide jobs for everyone, in the utmost respect of nature. While walking the land with Señor Santos, we hear howler monkeys and birds. Some of the coffee plants are blooming and the small white flowers smell delicious. We pass by the large concrete terraces on which the coffee is dried in the sun after being washed and separated from its cask. Some men are raking the beans of their own production. Every of the 26 families cultivates its own patch. This creates a healthy emulation within the cooperative that combines successfully community values and competition to reach the greatest amount of beans. We walk towards the small processing facility. Señor Santos shows us how they use their own coffee pulp as a compost to fertilize their fields. Back to the finca, we taste this coffee, served by women working on the ecotourism part of the cooperative. The massive finca has been turned into a simple hotel, perfectly located at the foot of the Maderas volcano. Señor Santos is enthusiastically describing where he wants to plant tomatoes, frijoles and more to serve visitors homegrown fruits and vegetables. 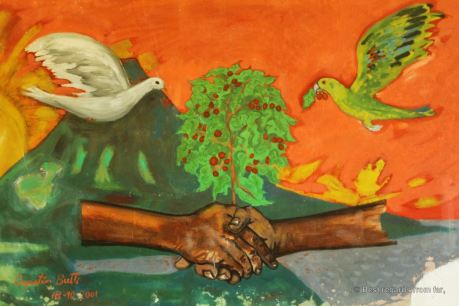 A mural at Finca Magdalena showing the importance of coffee for the community, Ometepe island, Nicaragua 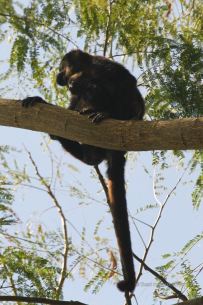 Beyond the pride of having uncontaminated land, the organic certification is key to the social achievements of the finca in the fields of health, education and drinking water for the close-by community of Balgüe.

On top of supporting eco-tourism and local families, staying at Finca Magdalena appears to be the perfect location to explore the stunning and authentic island of Ometepe, its volcanos, waterfalls, beaches, and dirt roads best discovered by motorbike.