Countless skyscrapers and high-rise apartments lit up the Hong Kong night sky and convey a sense of wealth and prosperity. The land reclamations call for new construction projects that seem to be everywhere as attested by the ever-present cranes and bamboo scaffoldings. Hong Kong impresses by its modernity, cleanliness, and development level. The trading port and financial centre is home to world’s largest concentration of ultra-high-net-worth individuals (net worth above 30 million USD), and offers some of the greatest wages in the world. However, the 1,100-square-kilometre territory is home to 7.5 million inhabitants making Hong Kong one of the most densely populated cities on the planet, and one of the most unequal.

The situation is more complex than simple maths. The apparent 6,800 people/km2 does not reflect the reality. Behind the flattering economic statistics, the poverty rate reaches 20%. Walking the streets of Kowloon, past the luxurious shopping centres and turning our backs to the sleek skyline of Hong Kong Island, it is the reality of 1.5 million Hongkongers living under the poverty line that slowly emerges. Behind numbers, real people return to their sub-divided units, capsule dorms, or cage houses each night after a day’s work without enjoying the prosperity that seems so abundant in Hong Kong. 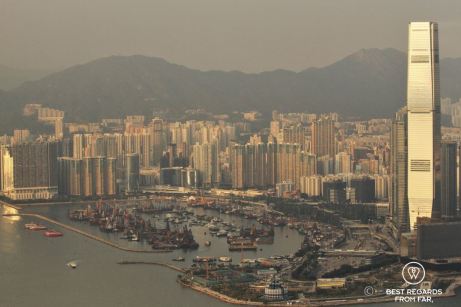 We are close to the Mong Kok subway station, one of the busiest of the territory for good reasons: the neighbourhood is the most densely populated place on the planet with up to 130,000 inhabitants per square kilometre! Flats here do not resemble the high-rise apartment buildings of Hong Kong Island. A 40m2 flat can be subdivided to accommodate nearly 20 double-decker sealed bed spaces. A space is delimited by four planks: one has to pile up all its belongings on shelves and has not enough space to stand up. 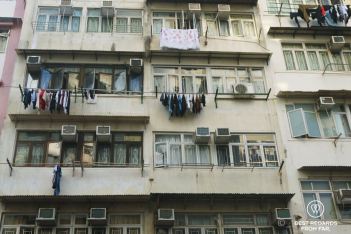 Meshed cage beds are another option offering even less privacy and more profit for the flat owner, and they are still roomier than capsule dorms: at an average 3500HK$/month, one has to work at the minimum wage of 35HK$/hr. for 13 days…

Given the harsh and shocking conditions in which low-income or marginal Hongkongers live in, one might think the territory has reached its limit in terms of land that can be built. This is very far from the reality. The government limits the social housing projects and the constructed land to 7% of the territory. This has created a housing crisis that has been going on since the post World War II years with the massive influx of mainland China immigrants. In parallel, one must be a resident to obtain a subsidized apartment. For an immigrant worker, it takes 7 years. 7 Years during which insalubrious housing seems to be the only solution.

There is another type of immigrant worker: the 330,000 domestic servants from Southeast Asia. As they live with the families they work for, the housing pressure is not affected. However, for them, the 7 years to get residency does not apply, nor does the minimum wage and becoming a Hongkonger living independently in an unreachable dream. Almost exclusively women, they are the people you see spending their Sundays off on Hong Kong Island on flattened cardboard boxes, playing cards, listening to music, and sharing meals in the shade of a pedestrian tunnel.

Domestic workers on a Sunday in Hong Kong

The pressure is also high on local businesses. As we are walking down goldfish street, where fish are packaged in transparent plastic bags along the walls, our guide Michael explains: “this street used to be full of goldfish shops, now as real estate went up there are less and less.” If there are fewer, these shops are not about to disappear. Goldfish are supposed to bring luck, especially if put in the right location in one’s apartment according to a Feng Shui master. If the goldfish dies naturally, it takes its owner’s bad luck with it, and it’s repeat business for the shop owner!

Next to the goldfish stores, some traditional Chinese medicines shops favoured by Chinese tourists sell every herbal or animal-based treatment one could think of. Some of the ingredients include dried seahorse (for Viagra-like effects), horns of antelopes, penises of sea lions, dried abalone (a specie so endangered that it is prohibited for sale in South Africa, one of the few producing countries), pangolin scales (the protected species at the verge of extinction and which seems to be at the origin of the Covid-19 pandemic on a Chinese wet market), or tiger powder. “This is still a big business here”, Michael says. So big that Hong Kong is world’s primary wildlife trafficking transit point…

After passing along the flower market and the bird market (which is barely a shadow of what it used to be after the bird flu outbreak a few years ago), we take a break with Michael. Our small group hailing from all over the world starts comparing housing prices: London, Paris, Berlin, San Diego, Chicago… Hong Kong is always topping it off! However, this is looking only at a partial picture. Taking taxes into account, the territory is very favourable, especially to the wealthy. A 16% flat tax for all, a 15% tax on companies, and no import tax… This is very low compared to the various taxes back in their home countries the small group is enumerating. No wonder why 16 million Chinese visitors flock in every year, with the vast majority staying only a day to shop for luxury goods! 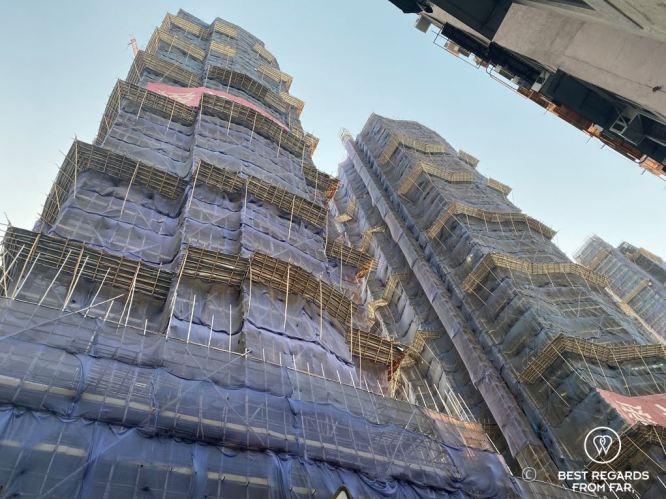 “The upside is that flats are so small that most people eat out”, Michael explains. Indeed, as we are exploring Kowloon, eateries are everywhere and the food is relatively inexpensive. Actually, the peninsula houses the cheapest Michelin star restaurant in the world. As we are making our way to Sham Shui Po to taste world’s best dim sums, we pass by a few massive construction sites all covered in bamboo scaffoldings: Mong Kok is gentrifying too. Small local store owners and poor residents are expropriated to make room for high-rise residential buildings. The most capitalistic government in the world runs a country in which inequalities are among the greatest, and where natural selection rules.

For more in Hong Kong: 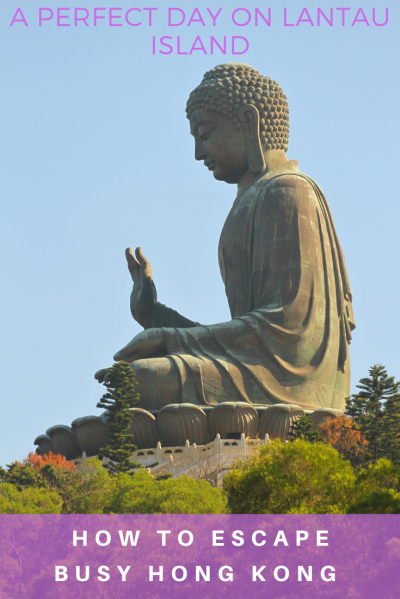 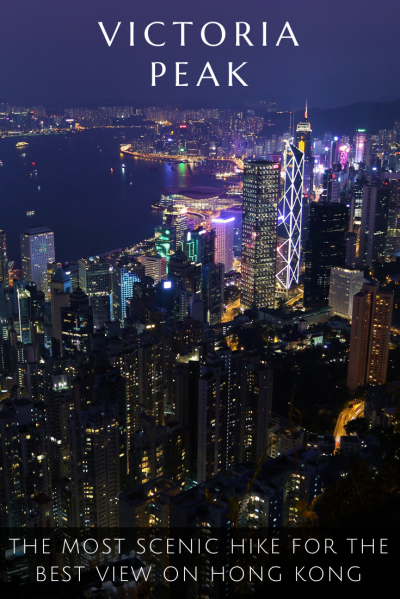 6 thoughts on “A thought-provoking walk in Kowloon”