I am having a déja-vu: a 4:45AM alarm clock to catch an early bus en route for our next adventure. The now familiar chicken bus, the bumpy ride on the unpaved road, the farm workers getting on and off… It reminds me a lot of Carmelita, Guatemala. Except that instead of blasting music, the radio screams out the local news: challenges faced by women working in tobacco factories letting their kids alone for the day, a call for blood donations, free medical consultations on the main square of Estelí,… We are in the north east of Nicaragua, where the left Sandinista movement has been the strongest and still prevails. 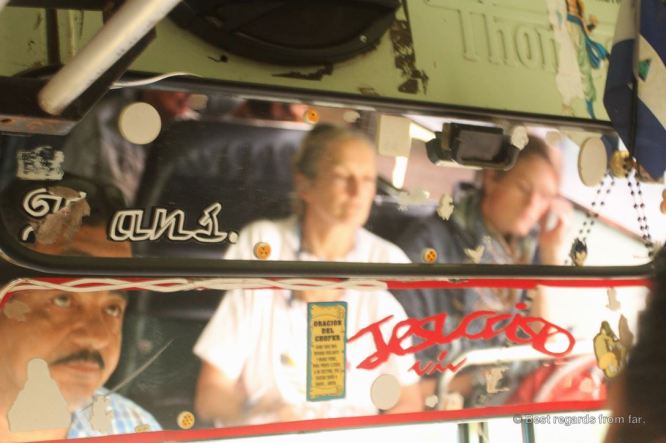 The bumpy busride to the Miraflor Reserve, Nicaragua

The bus stops about one hour after leaving the regional capital of Estelí: we have just arrived in the community of La Pita in the intermediate zone of the Miraflor protected territory, sandwiched between the humid and dry zones. Even though elevation and climate are different in each, the way people live is pretty similar. Communities working the land are spread throughout the reserve, with a few major fincas (farms), and the mountainous landscapes are patchworked by fields: corn, frijoles (beans), coffee, bananas, tomatoes, potatoes,…

Hiking through these fertile lands to a nearby waterfall, I am explained the history of Nicaragua by Orlando, our guide for the day and host for the night. Triggered by a massive misappropriation of international relief funds after the 1972 Managua earthquake that killed 10,000 and left half a million of Nicaraguans homeless, the Sandinistas headed the revolution to fight the dictatorship of the Somoza family (1936-1979). When the revolution ended in 1979, the elected Sandinista government redistributed the lands formerly owned by only a few families, following a Marxist doctrine and making cooperatives one of the pillars of the system. A decade of economic slump because of the civil war lead by the U.S.-supported Contras (ex Somoza’s forces) and the U.S. embargo, caused a political shift: the right party won the elections in the 1990’s. Putting a stop to cooperatives by privatizing the state bank funding them and threatening to give the lands back to their previous owners was enough to scare away most of the peasants: the population of Las Labranzas for instance went down from 36 families to 5. 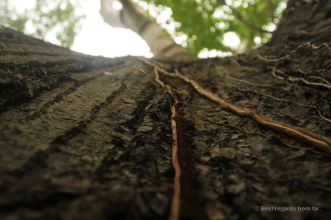 Yet, today, working the land is not always enough to put tortillas on the table… Communities must diversify to feed their families: working for the major fincas, running small shops, ecotourism, etc.
Indeed, since the creation of the Miraflor reserve in 1995, ecotourism initiatives have been going on: families host visitors for home stays, cook meals for them from their organic gardens and men work as guides.

While helping Deyanira make tortillas at dawn in her simple kitchen in the community of Las Labranzas in the dry zone of Miraflor, she is explaining enthusiastically the various initiatives of the recently elected government (2006): the first FSLN (Frente Sandinista de Liberación Nacional) government since the contra war put plans in place to support poor families through women empowerment. 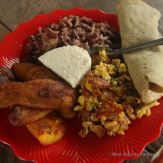 Tortillas to be, drying corn on the farm, Nicaragua

Hambre Cero (0 hunger) helps families own cows, pigs or chickens based on their investment potential. The government funds 80% and the part paid by the family goes to a women cooperative which fund is used to grant loans to develop local businesses of its members at a minimum interest rate.

Her husband, Orlando, explains that women cooperatives are more sustainable and this is why the plan Usura Cero (0 usury) also focuses on helping them develop their own businesses through microcredits, like the bakery Deyanira works at.

While taking in the beautiful landscapes of Miraflor, horseback riding with Juan for the day, he describes proudly the studies followed by his 6 kids. Later at lunch, he invites me in his home to show me the graduation pictures of all of his kids, with a big smile on his face.

If it is critical for these communities to juggle with different activities to stay afloat all year round, ecotourism is becoming a more important part of their revenues, leading to higher education and bringing down illiteracy, also one of the main achievements of the government. 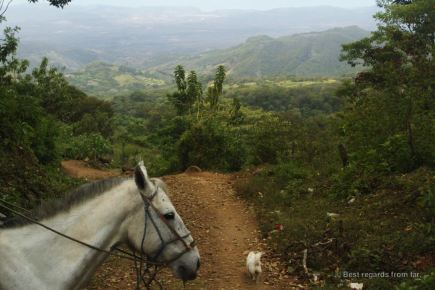 Horeseback riding through the fertile grounds of the Miraflor reserve, Nicaragua 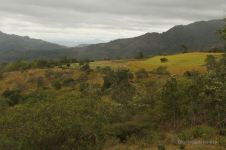 Horeseback riding through the fertile grounds of the Miraflor reserve, Nicaragua

Despite a troubled recent history, listening to Orlando playing the guitar and singing poetic songs expressing his love for his region with his 9-year old son accompanying him, we realize that Nicaraguans are very proud of their country. Miraflor is a fantastic place to experience its authenticity while discussing the challenges faced by these communities.

In this part of Nicaragua, maybe more than anywhere else, locals are very excited about the current Sandinista government. These many expectations give hope for the future, and pose a real challenge to the current administration to not disappoint…

Cows provide milk and meat to families in Miraflor, Nicaragua 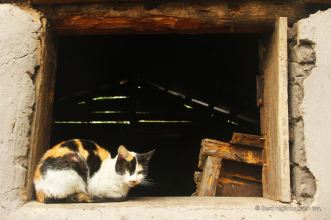 One of the many animals living on the finca, Miraflor, Nicaragua

4 thoughts on “Meet the real Nicaragua: rural homestay in Miraflor”