Mount Aso’s massive volcanic eruptions have thrown out what is deep inside the Earth. Red hot lava flowing along the slopes and into the valleys leaving its traces. Dark ashes covering the landscape. Rocks formed under high pressures and temperatures shaped by erosion giving birth to the unique Canyon of Takachiho. Today crystal-clear waters flow as rapids, waterfalls and peaceful streams through this beautiful emerald gorge. 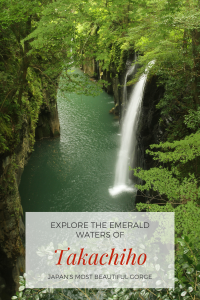 Next to the gorge one can find the serene Takachiho Shrine surrounded by century old cedars. The Takachiho area is of great religious importance for Shintoism, and is also assumed it is where the gods came down from heaven to establish the lineage of the Japanese emperors. From the shrine, a beautiful path of stairs leads down through the cedar forest to the upper part of the canyon where one the ancient path merges with the more touristy one. The second part of the trail takes runs parallel to the water with spectacular views on waterfalls in the lower part of the gorge. The water is inviting, but the only option is to rent a row boat as swimming in the Takachiho Canyon is not allowed.

The welded tuff volcanic rocks in the Takachiho gorge, with 2 types of columnar joints: entablature upon colonnade.

The erosion by the Gokase-gawa river keeps digging the Takachiho gorge, Japan. 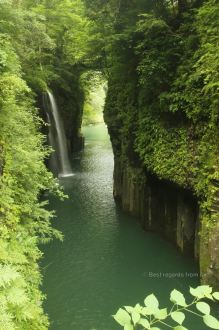 Spectacular waterfall of Takachiho along the volcanic rocks of Mount Aso, Japan.

With a high humidity and hot summer temperatures, a refreshing swim is possible in the less popular and more challenging to find Kaeda Gorge, a 3-hour drive from the Takachiho Canyon. In the surroundings of Miyazaki’s stunning coastal scenery, an 8-kilometre long trail follows the Kaeda River through a lively and diverse lush forest of papaya and cedar trees, and bamboos, populated by monkeys, wild boars and many birds and insects. The dense and humid forest is completely off the beaten path and provides a beautiful environment to cool down. Just watch out for spiders and cicadas which sometimes smash themselves into one’s forehead in a clumsy attempt at a flight!

One of the swimming holes in the Kaeda valley, Japan.

Or click on the images below for a selection in Kyushu: 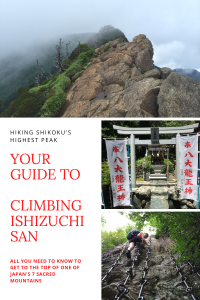 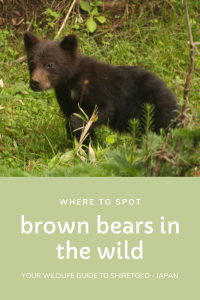