Leaving the flat plains, the mid-day Mérida to Campeche bus takes a winding road as it reaches the Puuc (“hill”) region of Yucatán. As it struggles to go up, we are enjoying a view on the never-ending forests. Looking more towards the hills, a high stone structure appears above the trees: it is the pyramid of the magician of the Maya town of Uxmal.

The pyramid of the magician, Uxmal, Mexico

Getting to its foot, we are impressed by this imposing stepped pyramid. It is quite different from the Maya buildings we have seen in Tulum or Chichén Itza, as its base is not rectangular but elliptic, conferring elegance to the structure. A big dark vulture is perched on its top and moves its head towards us, as if it is guarding this ceremonial landmark.

Laid out according to the astronomy of Venus in 700, Uxmal takes advantage of its hilly topology, so the extent of the site is not obvious at first. Making our way through the Pigeon House behind the pyramid, we reach the Quadrangle of the Nuns (nicknamed by the Spaniards) where we climb up the building to get a view on the city. In the foreground, we see the long buildings with finely carved façades of the quadrangle, behind the ball court, then the low and long Governor’s Palace atop a platform it shares with the House of Turtles, and the Great Pyramid above treetops in the background. The magic of the place also has to do with the fact that while contemplating the buildings, we hardly see any visitors.

On our way to ascend the Great Pyramid to get a bird’s eye view, we explore the Nunnery Quadrangle further: its façades are split into two horizontal elements, a plain low one and a richly decorated upper one with representations of the head of Chaac, the rain-god. This style is characteristic of the Puuc architecture, of which Uxmal may be the best representative.

Details of the Quadrangle of the Nuns in typical Puuc architectural style, Uxmal, Mexico

Going through the ball court, we eventually reach the foot of the Great Pyramid. Crossing path with an iguana that is jumping down from step to step, we make our way up this steep building. Once on its top, the view on the Pyramid of the Magician and the Quadrangle of the Nuns is fantastic. Given the heat and the lack of water, it is easy to understand why there are so many representations of Chaac, the rain-god. Looking more closely at the Great Pyramid, finely carved eagles can be found on its façade: the Mayas were strongly connected to their environment.

A local, with the ball court and the Quadrangle of the Nuns in the background, Uxmal, Mexico

The ball court hoop with the Governor’s Palace in the background, Uxmal, Mexico

The pyramid of the magician and the Quadrangle of the Nuns in the background, Uxmal, Mexico

The fine carvings and the elegance of its architecture shows that Uxmal was a political, administrative and trade Centre of major importance. With up to 25000 inhabitants, for about 300 years Uxmal was the most powerful site in western Yucatán, and in alliance with Chichén Itza, dominated all of the northern Maya area.

Even today while the city has been abandoned for centuries, its majesty still radiates. Indeed, Uxmal is considered one of the most important archaeological sites of Maya culture, along with Palenque and Calakmul in Mexico, Caracol and Xunantunich in Belize, and Tikal in Guatemala, some of which we will soon visit…

Abandoned by its inhabitants, Uxmal is still partially covered in vegetation

Pin this for your future trip!

For more to do in Yucatan: 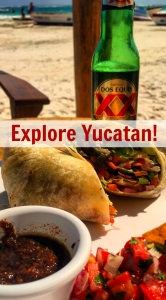 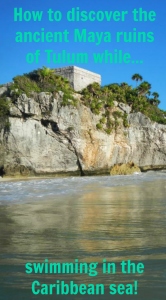 Connect with us on social media!

Where are you travelling to?